An astounding 1,635 people took the opportunity to #GrabAJab at the pop-up Covid-19 vaccination centre during The Open at Royal St George’s.

As the heat rose, on and off the course, so did the number of people who came to see Thanet Saga Vaccination Team for their first or second dose of the Pfizer or AstraZeneca vaccines.

Conveniently located next to the main entrance, spectators and staff stopped by the vaccination centre as they either arrived at or left the four-day golf championship.

Thursday (15 July) saw 175 people grab a jab and on Friday, a further 362 shots were given. Saturday saw another 424 people drop in. Then, on Sunday, a whopping 674 ‘putt’ themselves at less risk from Covid-19 by being vaccinated.

Dr Ash Peshen, GP lead for Thanet Saga Vaccination Team said: “We were expecting about 50 a day, so to have 1,635 come along to grab a jab is astounding and far exceeded our expectations.

Drivers for having the jab included being able to go on holiday, feeling safer when going out socialising and just generally getting back to normal.

Dr Peshen said: “People want this vaccine, they want their lives back. Younger people, those in the 18 to 40 age group, told us again and again that they like the convenience of the pop-up clinic. “

Now that's a hole in one! 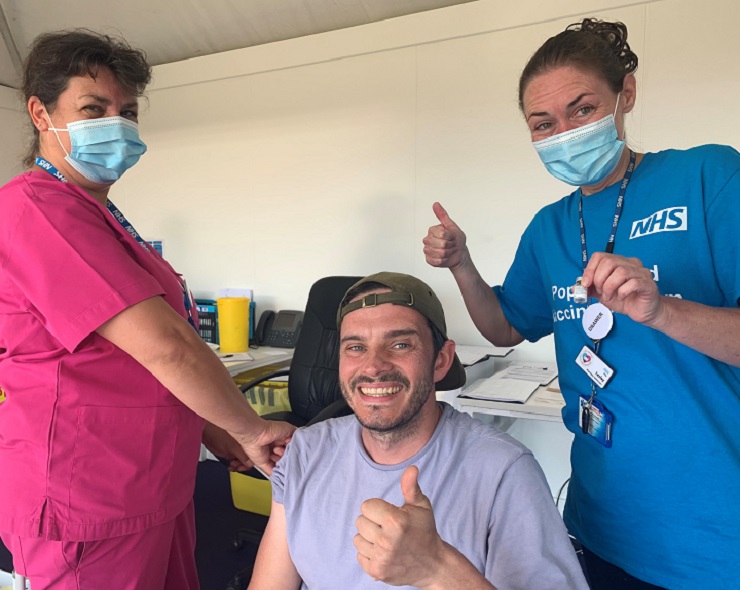 The team vaccinated the 1000th person at The Open on Sunday morning, when Phil Myers, 36, from Folkestone, popped in with brother-in-law Andrew Woolford, also 36, to #GrabAJab.

The former Harvey Grammar School’ pupils were at the golf with Phil’s dad Alan Myers, a member of Channel Rotary and Sene Valley Golf Club in Folkestone. Phil said: “I never thought that I would be able to have my jab here. It’s an honour to be the 1000th person. Really good.”

The Thanet Saga vaccination team were invited to The Open by organisers The R&A and the European Tour medical team working at the Championship.

The R&A also gave local NHS workers tickets, so any golf fans, who wished to, could join them at The Open.

NHS Kent and Medway’s Clinical Commissioning Group’s Accountable Officer Wilf Williams said: “I would like to thank the R&A and the European Tour teams for enabling our vaccination team to not only boost the number of vaccinations being delivered, but for helping to show people how easy and quick it is to grab a jab and help reduce the risk to themselves and others from Covid-19.

“We have been working really hard to provide as many walk-in and pop-up clinics as we can in places where people will be, as well as supporting booked appointments too.”

For details of walk-in clinics in Kent and Medway: kentandmedwayccg.nhs.uk/grabajab 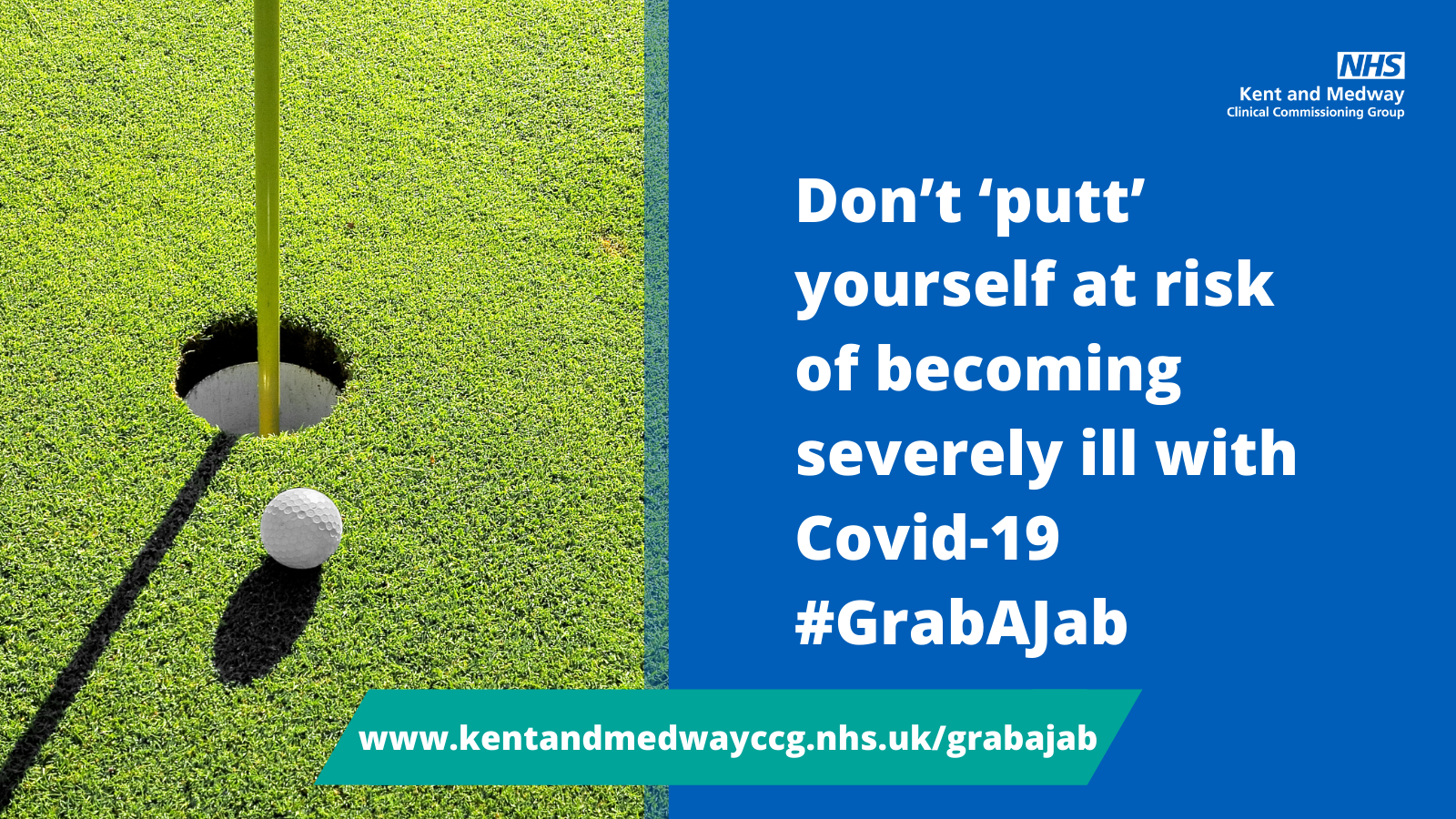 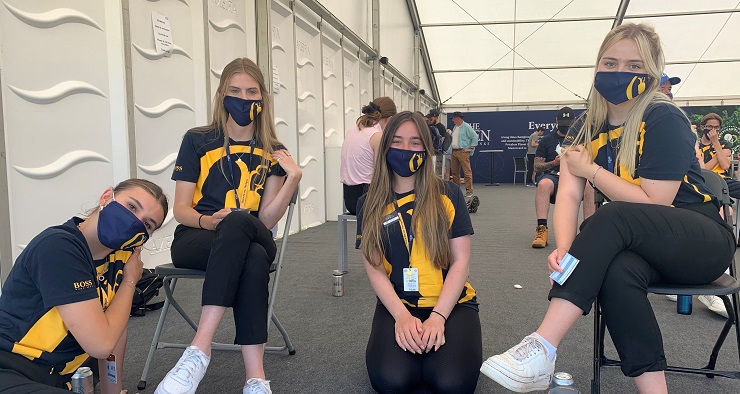 Dropping in: Eva Marsik, 20, from Whitstable, Ailsa Newgreen, 21, from Fringlesham, near Sandwich, Chloe Hollobon, 18, from London and Ellie Burns, 20, also from Whitstable, dropped in while on a break from working in the shop. 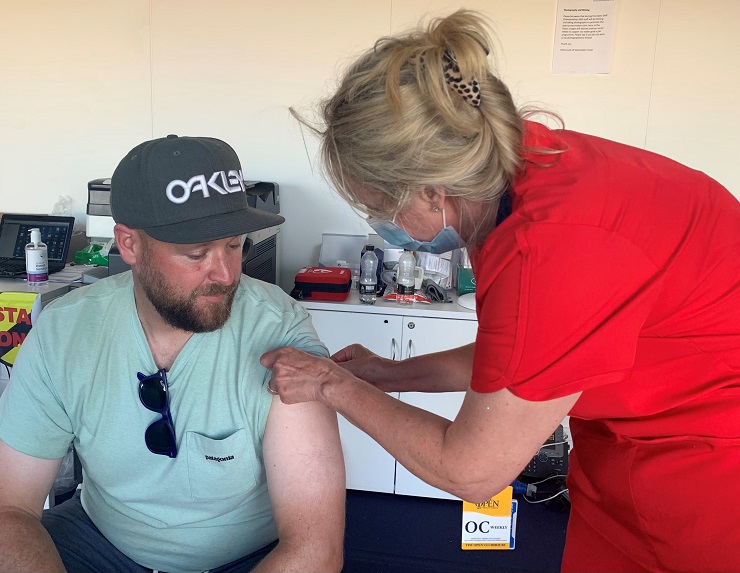 Shot!: Tom Glass, 36, from Ashford, who popped in as he left the final on Sunday. His reaction: “Absolutely top-drawer.” 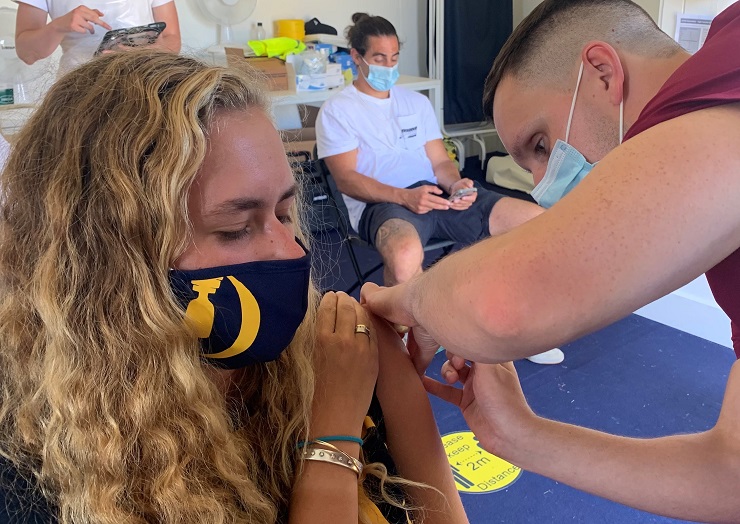 Holiday was driver: Josie Vogelaar, 20, from Canterbury,  is now looking forward to going on holiday sooner than she would have been able to without her jabs. 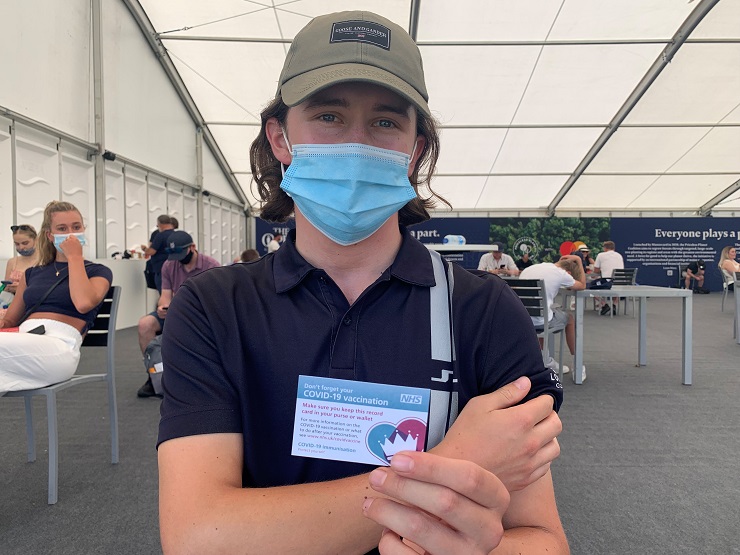 'Putt' at less risk: Max Hansford, 19, from Sevenoaks, who said: “It makes things easier in terms of going out. I feel safer.” 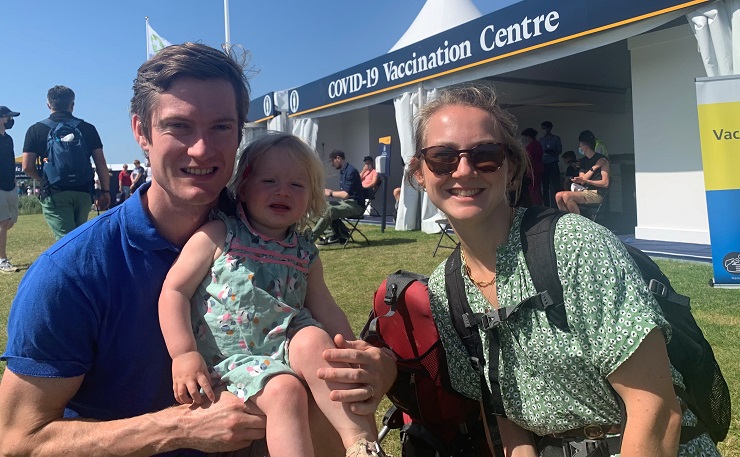 Nipped in: Ed and Felicia Crossley, both 33, from Sutton Valence, who were at The Open for a family day out with their three children. Felicia said: “We were booked in for late August, but we saw the centre and thought, why not.

Watch: The Thanet Saga vaccination team on top of their game at The Open.