Nurses play a vital role in the delivery of safe, effective and caring services in the NHS.

Whether working in our acute hospitals, in the community, at our GP practices in schools, or with patients at difficult times in their lives life, all are doing an amazing job, especially in these times of unprecedented pressure on our NHS.

Today is International Nurses Day and the 200th birthday of Florence Nightingale and an opportunity for all of us to celebrate the huge contribution nurses make to societies around the world, and particularly the wonderful and varied role nurses and nursing play in our NHS.

At NHS Kent and Medway Clinical Commissioning Group, we have nurses working within our commissioning teams helping us shape services for patients and our Specialist Assessment and Placement Team.

CCG Chief Nurse Paula Wilkins says: “We are celebrating the wide and varied role nurses play across the world as well as in Kent and Medway.

“Some of our senior managers and staff within the CCG are registered nurses or have been registered nurses at some point in their career together we still strive to make sure the patient is put at the middle of what we do. Putting patients first, ensuring learning is spread across the health economy and that our services are safe and as good as they can be are all in a day’s work.”

In the above video, Paula shares her personal message of thanks to all nurses.

A huge thank you to CCG and primary care colleagues who have shared their memories with us today, and their thoughts on nursing. 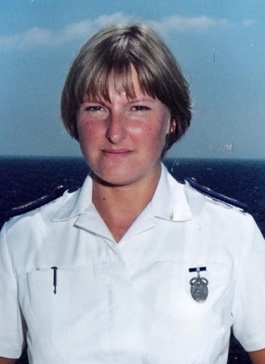 “I trained as a State Registered Nurse at the Royal Masonic and Roehampton School of Nursing.

“It was a very varied career. My early interest was in accident and emergency nursing and my first job as sister was in the A&E at St Helier Hospital in Carshalton. I really enjoyed the buzz of the emergency department and the challenge of never knowing what scenarios I would be called to deal with.

“I also had some unconventional nursing jobs including spending a week at the Grosvenor House Hotel in London looking after a Saudi prince who had come to England for his treatment.

“Not long after this, I secured a role as a sea-going Nursing Officer with Cunard Line. I worked on three ships in the fleet; the Cunard Countess, the Cunard Princess and their flagship the QE2 and travelled extensively. One time, when the Cunard Princess was in dry dock in Malta, we were told that we were going to set sail for Bahrain as the ship and ship’s company were going to provide R&R for the American troops during the first gulf war – Operation Desert Storm.

“It was a surreal experience as we sailed along the Suez canal in a convoy with battleships. We arrived in Bahrain on Christmas Eve and within a couple of hours had Christmas trees on deck despite the sun and blue skies of the middle east and the GIs started to arrive onboard still wearing their gas masks and ammunition.  It was a memorable Christmas and New Year before I went on leave and joined other ships before returning to the Princess at the end of the war.

“Despite only being on board at the beginning and the end of the war, I received a medal from the US government and was invited to take part in a ticker-tape parade in New York. We were late leaving the parade and had to get onto a pilot boat to catch up with the QE2 which had sailed without us. Although there was a lot of partying on board, many people would be surprised to hear how busy we could be. The QE2 had a 12 bedded hospital and an operating theatre, we looked after the minor ailments and more serious illnesses and accidents for 2,000 passengers and 1,000 crew.

“I was prompted to share this experience, as within the last few days I have received a message from a crew member who I looked after when he had a motorbike accident in Corfu. It reminded me of the fantastic experience that my nursing qualification had given me.” 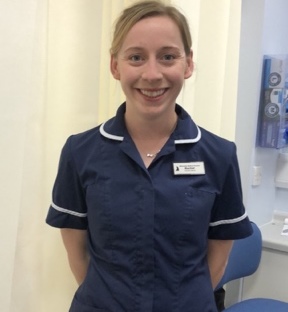 “Today, for nurses worldwide, it will be a normal day of work.

“Caring and treating people with a variety of illnesses and diseases. Going into work with uncertainty, the Covid-19 related uncertainty and the usual uncertainty that comes with this job. Who will we see? What will I be asked? And how will I respond?

“Every day we are faced with challenges. I think we can all relate to seeing someone for one thing but addressing several other things too. It is what we do; taking what is presented to us by our patients and those close to them and trying to manage or improve it with them. Whether this is a long-term leg ulcer or someone who is very, very unwell.

“My experience of being a nurse is one of constant learning and adapting. There is always more to know to improve your practice which enables you to give better care for your patients. We try to be holistic; we try to educate; we try to problem solve, but we are compassionate.

“There are good days and bad days, but for me the good days always overshadow the bad. As a nurse, you come into work each day with a persistent attitude to do the best by your patients. We experience sad, sad times but also times of great joy and it is a privilege to be able to share in these with our patients. The stereotype requirement of a good sense of humour is definitely true and definitely needed.

“I think about my colleagues and the nursing team who I feel privileged to work with. I am relatively early in my career but it is a team with such breadth of knowledge and experience that means we learn from each other, support each other and adapt together in an ever-changing role. 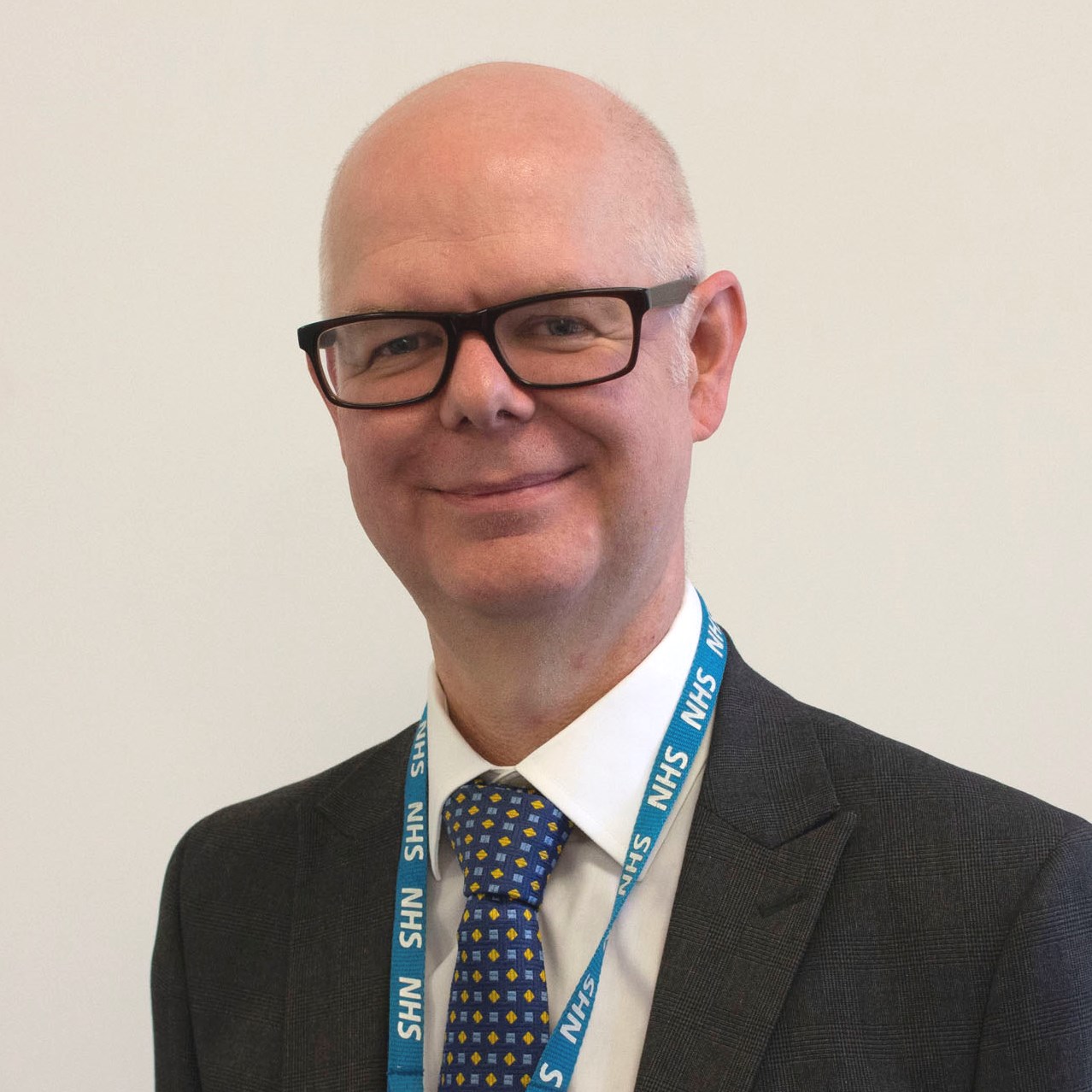 “I spent 11 happy years working as a nurse in both hospitals and in the community in Swale and Dartford, Gravesham and Swanley before going in to management.

“My nursing career started at Medway Hospital in the mid-90s, firstly in the high dependency unit  (HDU)/cardiology - just before the days of the dedicated coronary care unit (CCU) and then a few years in the clinical decision unit (CDU).

“Patient turnover in the CDU was rapid and I remember during one afternoon shift having to admit 29 patients, carry out their assessments and make a start on their initial care plan – all in eight hours!  There wasn’t a lot of time to get to know people in any depth, which was sad, but the ward team was great.

“I do miss the positive side of talking to patients.  During my management days at Darent Valley Hospital, I would occasionally work a shift on the wards or just spend time making beds and talking to patients.  This helped me to understand what they thought of the care and what could be improved.”

“This picture shows my Charing Cross Nurses badge, which is fastened to my desk and there to remind me of the good times, all the friends and colleagues I made during my 19 years in West London.

“I started my training at Charing Cross in June 1986 and then worked at Charing Cross Emergency Department from 1989 to 2005. I have worked with some fabulous people and like any profession noticed some real changes over time.

“When I first started, mobile phones had only just been introduced, Charing Cross had one of a handful of CT scanners in operation, and all of the work was manual with no computer systems to record or store people’s information.

“During my time as Charge Nurse at Charing Cross Hospital, we had some challenging days dealing with a number of major incidents and loss of life.

“This included the attempted resuscitation of Jill Dando, the Paddington rail crash, the IRA bombings in West London and the Israeli embassy bombing. The American Secret Service based themselves in the Emergency Department during President George Bush’s visit to the UK in 1990 and had a direct telephone line to the White House and Air Force One. Charing Cross had been selected as the receiving hospital in case the President was taken ill.

“During my time at Charing Cross, I also had some lighter moments including occasionally helping Mr Hugh Millington (ED Consultant) provide medical cover to Chelsea Football Club. This was pre big budget medical teams - my experiences included a pre match medical visit to the Chelsea team changing room and chatting in Pigeon English with coach Claudio Ranieri before sitting in the executive box to watch the match. I also had the pleasure of having to perform ECGs on Dennis Wise, Ruud Gullit and Jimmy Floyd Hasselbaink as part of the medical assessment for new players.

“In this moment of troubling times, I refer back to my badge and the motto FAMAM EXTENDERE FACTIS - WE EXTEND OUR FAME THROUGH OUR DEEDS. To all nurses around the world -  I thank you.” 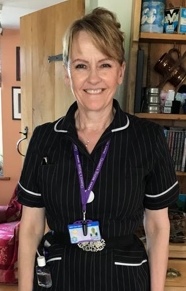 “I began my nursing career in September 1978. I have the pleasure of doing a job I have always thoroughly enjoyed and get paid for it as well.

“I still work clinically outside of my main role as I never want to lose that patient contact. Marking International Nurses Day and Florence Nightingale’s 200th anniversary, I am reminded of the fact that infection prevention and control is an essential part of today’s nursing role, which Florence Nightingale can be credited for. Something we value more than ever today given the Covid situation.”