Kent and Medway’s response to a ground-breaking cancer test trial has been so strong that all appointments for the first clinic sessions have been booked.

The first local participants in the world’s largest trial of a revolutionary new blood test, Galleri™, which can detect more than 50 types of cancer often before symptoms appear, are attending appointments at a mobile clinic in Dartford this week.

Dr Henry Taylor, Clinical Lead at Kent and Medway Cancer Alliance, which is involved in co-ordinating the trial locally, said: “The response to the NHS-Galleri trial in Kent and Medway has been incredibly impressive.

“These people are contributing to a study that could prevent cancer deaths not just here but across the UK and around the world. Diagnosing cancer as early as possible means patients can start treatment before their cancer progresses and improve chances of survival.”

The selected residents, who are all aged between 50-77, responded to letters sent from the NHS within the last few weeks that invited them to participate in the NHS-Galleri™ trial.

The participants, who have not had a cancer diagnosis or treatment in the last three years, will have a blood sample taken at their first appointment.

They will be invited back after 12 months, and again at two years, to give further blood samples.

All participants will be advised to continue with their standard NHS screening appointments and to still contact their GP if they notice any new or unusual symptoms.

Patients whose condition is diagnosed at ‘stage one’ typically have between five and 10 times the chance of surviving at least five years compared with those found at ‘stage four’.

The mobile clinic stationed in Dartford will move on to other locations in Kent and Medway in the coming months, with dates and locations to be confirmed.

The potentially lifesaving Galleri™ test checks for the earliest signs of cancer in the blood.

The test is a simple blood test that research has shown is particularly effective at finding cancers that are difficult to identify early – such as head and neck, bowel, lung, pancreatic, and throat cancers.

Kent and Medway Cancer Alliance Programme Director Ian Vousden said: "This is potentially a game-changer, especially for cancers that are hard to detect. Based on the outcome of the trial, this could become part of the routine screening programme.''

The test works by finding chemical changes in fragments of genetic code – cell-free DNA (cfDNA) – that leak from tumours into the bloodstream.

The NHS-Galleri trial, the first of its kind, will assess how well the test works in the NHS and whether the technology can be used as a tool to screen people with no cancer symptoms.

The trial is being run by The Cancer Research UK and King’s College London Cancer Prevention Trials Unit in partnership with the NHS and healthcare company, GRAIL, which has developed the Galleri test.

It aims to recruit 140,000 participants nationally, including people from different backgrounds and ethnicities to ensure results are relevant for as many different people as possible.

Any participants whose results indicate a possible cancer will be urgently followed up in the NHS.

At full capacity, staff in the mobile unit can see 112 people per day. 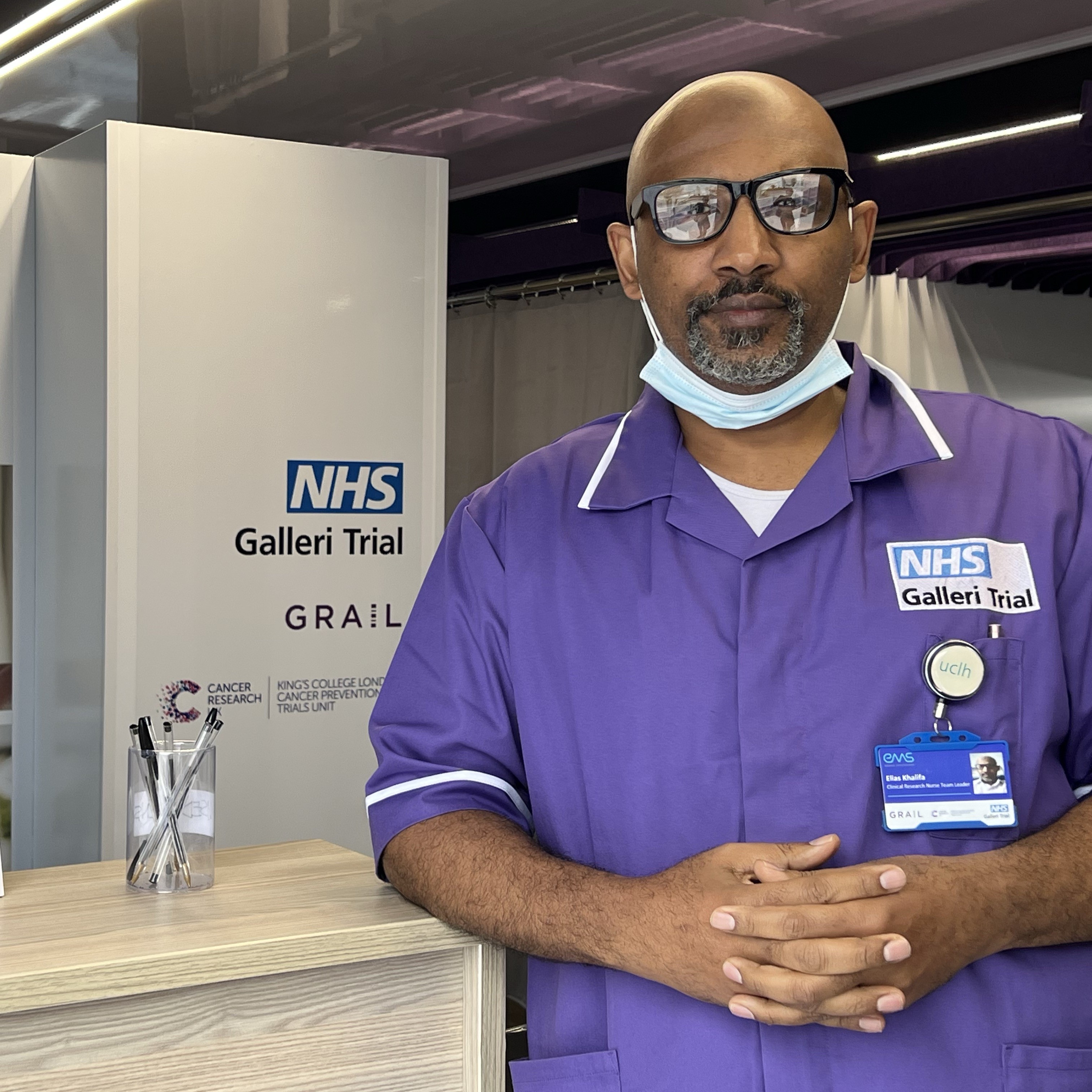 Speaking from the mobile clinic in Dartford, Elias Khalifa, clinical research nurse team leader, said: "A lot of people come to participate because of their family; they may have experienced cancer and that can be very powerful.

“One person I spoke to had eight members of their family who had been diagnosed with cancer and so really wanted to take part.

“Sometimes, it can be quite emotional listening to what people tell us, but we need to remain professional and do what we need to do for the trial." 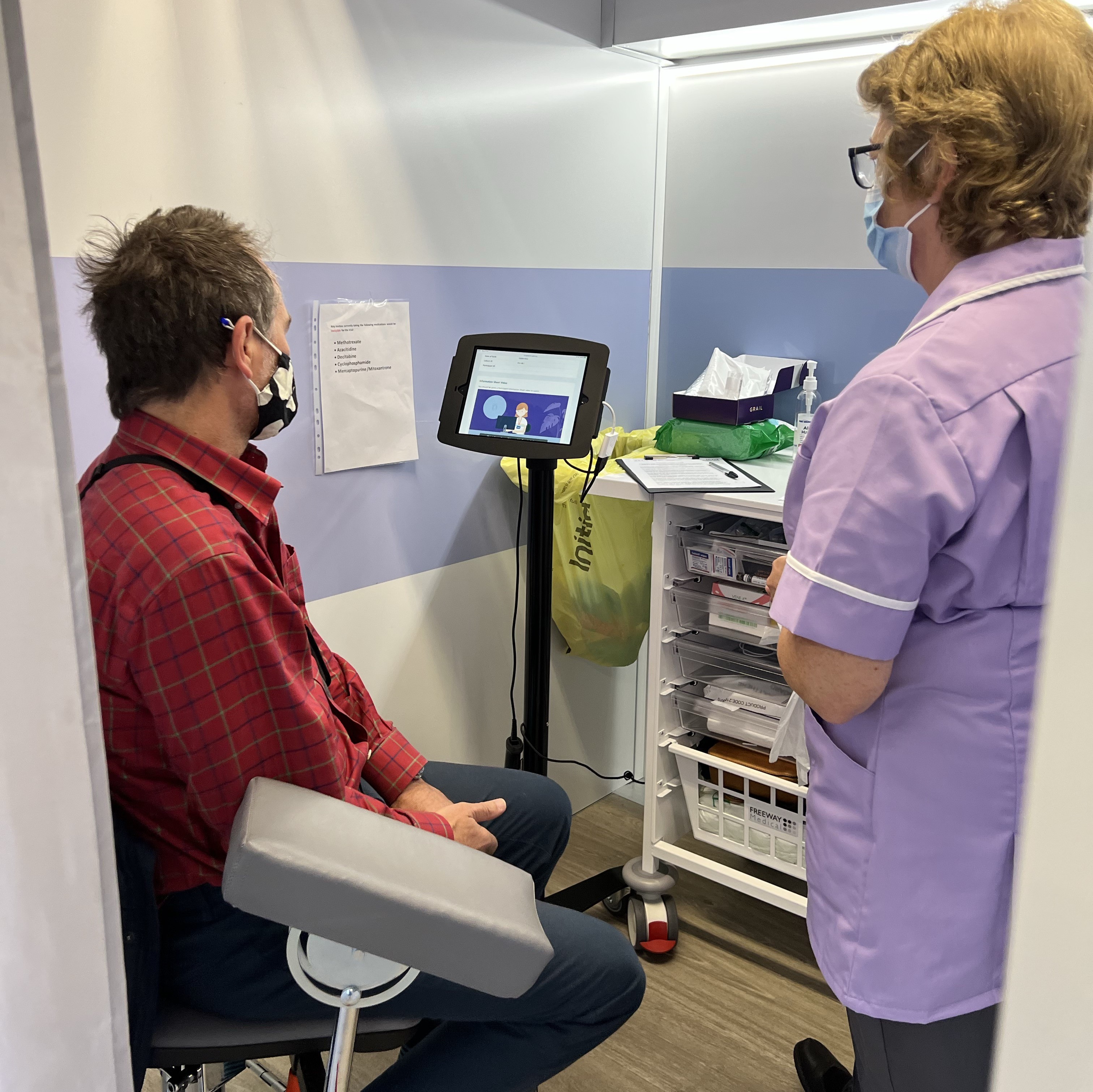 Terry Dennehy, 68, from Eltham, lost his brother to Non-Hodgkin's Lymphoma in his late 50s.

He said: "The test was painless. I received a letter inviting me to take part and I weighed up what the advantages and disadvantages were and thought it was the right thing to do.” 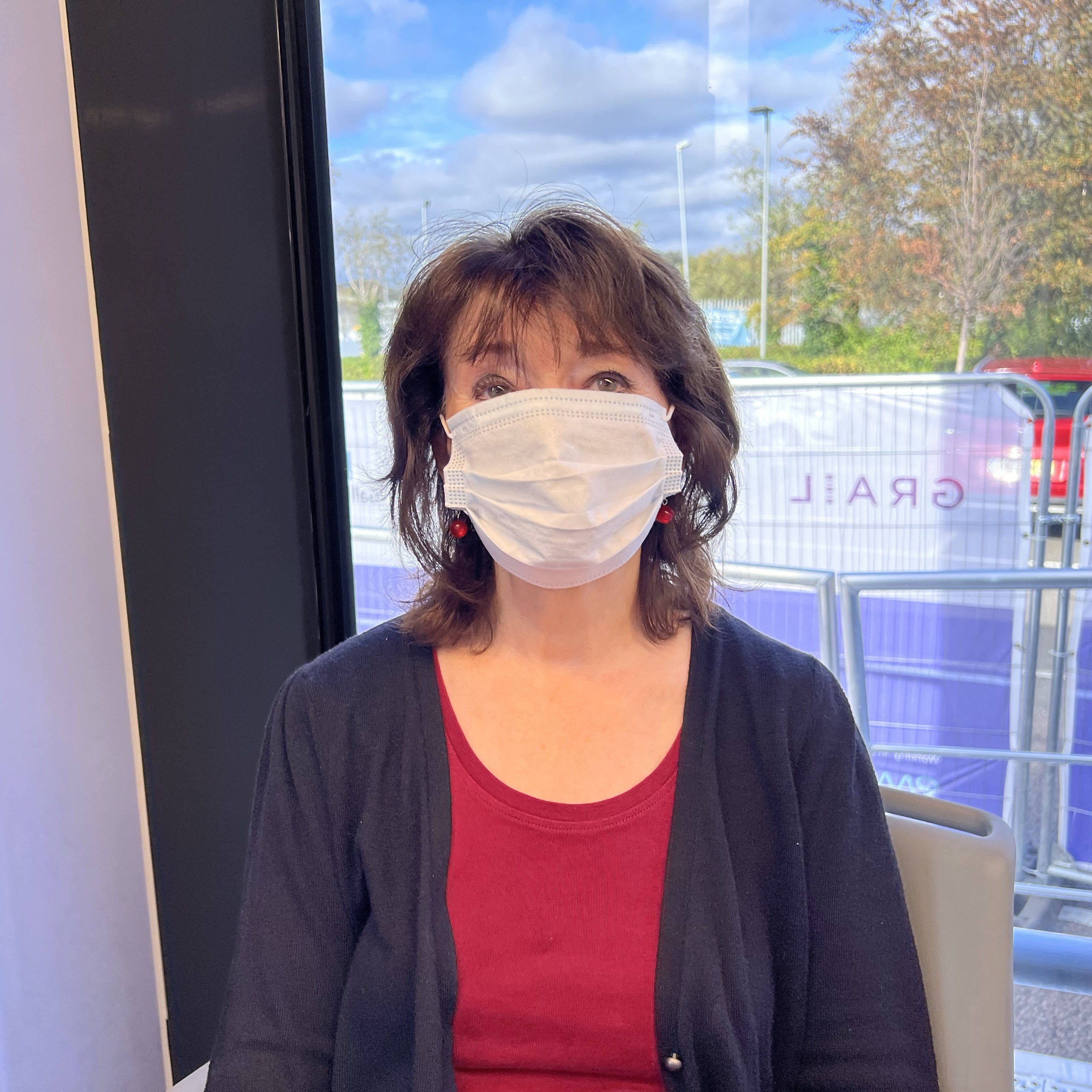 Valma Wells, 75, from Hextable, had a very good reason for wanting to be part of the ground-breaking trial - her husband Ron, 79, has already survived two different types of cancer.

“Early detection played a big part in helping Ron. That is why I am here, the earlier we can detect cancer, the better it is for people.''

Valma also has a friend who, thanks to a routine mammogram, had breast cancer diagnosed and was able to be treated as it was detected early on. She said: "As soon as I heard about the trial and was invited, I knew I wanted to take part.''